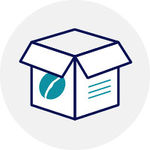 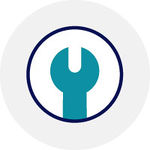 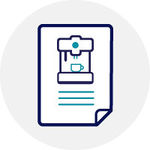 My Machine Has No Power, Pops GFCI 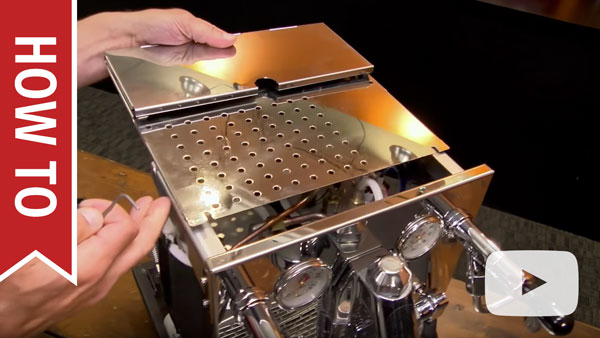 Confirm that water is coming through the group head when the lever is lifted, and that this has been isolated to a steam boiler issue. (You can still get water out of the group head without the boiler being full.We should be making sure the autofill function has successfully filled the boiler. Easiest way, remove the probe from the autofill and let it run for a few seconds, watching the level in the tank and see if it starts to drop. Put probe back on. Do not run this for too long or you will over fill the boiler and water will pour from the safety.

2. Is the orange light coming on on the front of the machine? 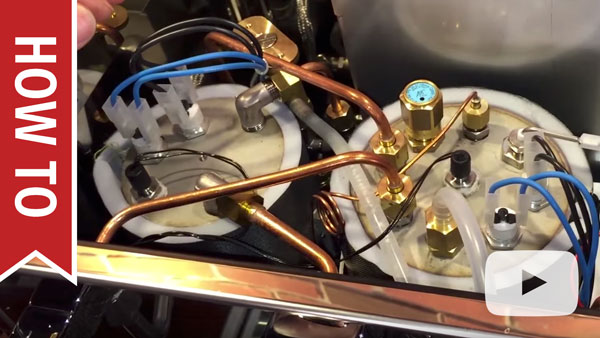 1. Have the PID settings been altered or tinkered with recently?

2. Has 20 minutes or so lapsed with the red light off, giving the brew boiler time to heat?

3.Is the PID display on?

4. Is the PID displaying numbers? 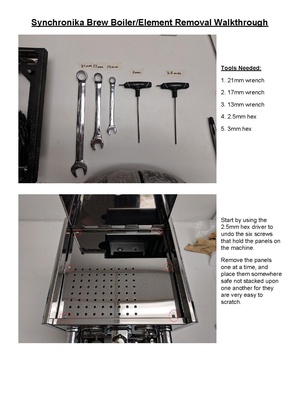 How to Replace the Brew Boiler Heating Element

5. Is the little dot on the PID solid? Is the red light on the Static relay solid?

There is no water flow at all

Make sure that the steam valve works, and the issue has been isolated to just the hot water side of the machine. 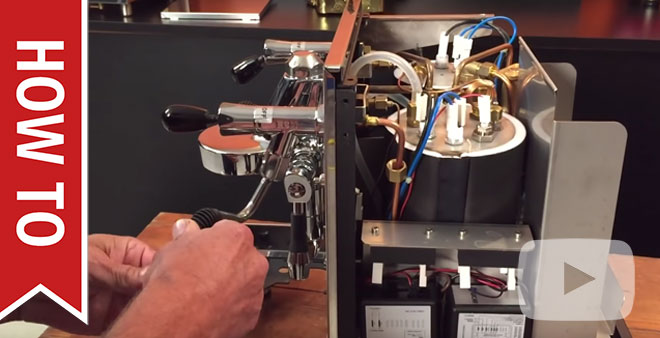 How to Diagnose Hot Water and Steam System Obstructions

Make sure that the hot water valve works, and the issue has been isolated to just the steam side of the machine.

How to Diagnose Hot Water and Steam System Obstructions

I Have No Water Flow At All From The Group

1. Are you using a water softener?

2. Lift the lever. Can you hear the sound of the pump? 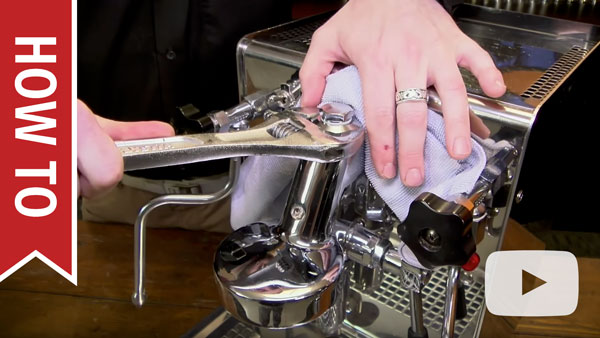 1. Can you trust that the gauge is working and reliable? 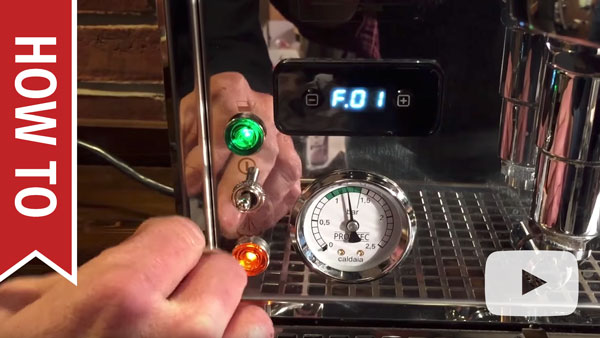 How To Program PID on a Profitec Pro 700

My brew pressure is low

1. Do you have the backflush disk in? 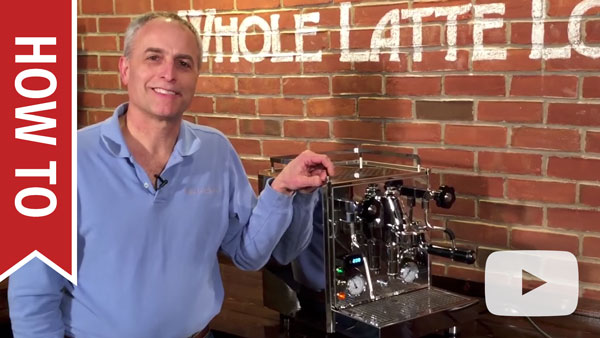 How To Adjust Brew Pressure on Profitec Pro 700 Espresso Machine

1. Do you have the backflush disk in?

How To Adjust Brew Pressure on Profitec Pro 700 Espresso Machine

My group head won't flush when I put the lever down

My OPV is leaking/ water is running out of it

The Pump Runs Continuously when Machine is Turned On

This means that the steam boiler is not filling. The pump will run for about a minute and then turn off. To reset it the board you will have to turn off the machine and then turn it back on. If it times out again there is a problem with the water flow.

My machine is leaking

1. Is coffee coming up and over the portafilter?

For the average home user, the group gasket should be replaced about every six months to a year. When the group gasket is worn out, it becomes hard, and no longer creates a good seal between the portafilter and the grouphead, so you may begin to notice some leaking. When a group gasket is really old, it can be extremely difficult to remove from the machine, so even if you don't experience any leaking, replacing the group gasket on a yearly basis is a good idea. The document on the right shows how to replace the group gasket and shower screen. You don't have to replace the screen once a year, as typically it can simply be cleaned. 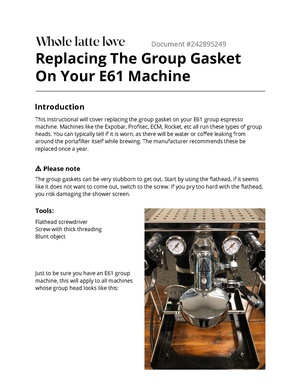 Replacing the Group Gasket on Your E61 Machine

2. Is the leak coming from the lever arm of the machine?

3. Is it steaming from above the machine through the vents on top? 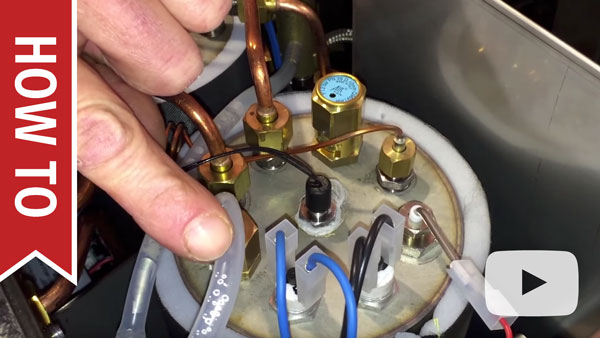 4. Is the leak or drip coming from the large pipe that comes from behind the group head? (The E61)

5. Is the leak coming from where the two pipes join in the E61?

6. Is the leak coming from around the nut where the steam or hot water wand attaches?

7. Is it dripping or leaking out of the tip of the steam wand?

8. Is the leak coming from between the steam tip and the wand?

If a leak like this is present, it may be due to either debris in the valve preventing the gasket to seal, or the gasket itself is worn out and no longer seals. If there is heavy use of the machine, it is also possible that the spring has lost a bit of its tension and does not hold the actuator tightly in the valve. These parts are in the back of the valve (#21 and #20 on the diagram are the actuator with the gasket, and the spring). Remove the spring and you can stretch it by hand, or take two flat head screw drivers and put them in the last loop of the spring on either side and pull, stretching the spring slightly. 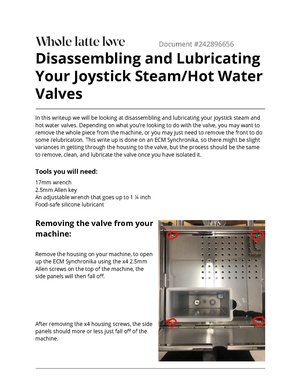 9. Is the leak coming from the safety valve?

10. Is the leak coming from where the stainless steel hose attaches to the machine?

11. Is the leak coming from the boiler itself?

12. I cannot find the source of the leak.

13. Is the leak coming from the top nut on the group head?

14. Is the leak coming from the bottom of the machine?

My rotary pump is really loud!

1. Is the machine plumbed in?

2. Is the pump drawing water?

3. Inspect the area around the pump

4. Inspect the nuts on the underside of the machine to ensure they are tight, but not too tight.

How to Adjust the PID

The video on the right will go into how to program the PID on your machine in under 3 minutes.

How To Program PID on a Profitec Pro 700

My PID is missing segments/ PID is not coming on

Portafilter is too tight on brand new machine

My coffee tastes bitter or sour

Pre-infusion is what allows a small amount of water through first, before beginning the shot. It allows this water to saturate the coffee and get the grounds equally wet. This can make the coffee extract more smoothly. Water will always take the path of least resistance. By letting the water saturate the grinds before brewing at 9 bars of pressure, this can help prevent channeling. 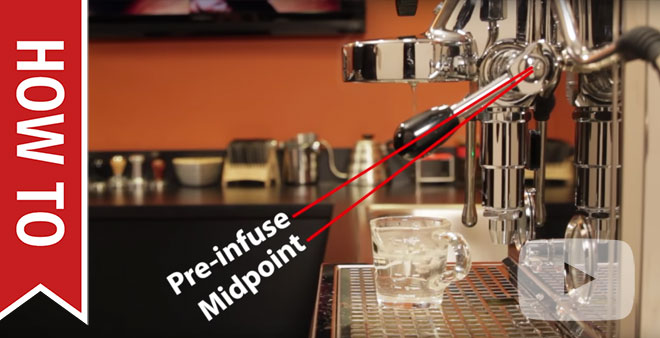 Pre-infusion on the E61 Brew Group